Global Discovery Series: The Bluest Eye at 50 with Penn Alumni

Reading Toni Morrison in the Age of Trump

2020 is a moment when we find an increased awareness of systemic racism and police brutality growing across demographic lines during the Presidency of Donald J. Trump, whose race baiting and divisiveness has sought to characterize political dissent as anarchy, delegitimizing one of the bedrock values of U.S. citizenship. But 2020 also marks the 50th anniversary of the publication of Toni Morrison’s first novel, The Bluest Eye, which told the story of a little girl whose deepest desire was to have blue eyes. Readers of Morrison’s novel were invited to reflect on the impact white supremacy could exert on Black lives. In this talk Herman Beavers attempts to parse what it means to read Morrison’s novel in the age of neoliberal democracy and autocratic leadership. 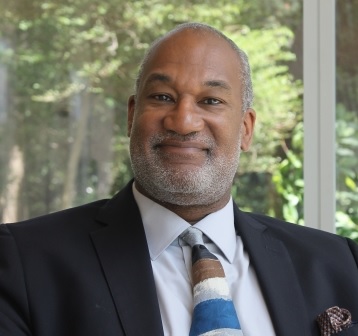 Herman Beavers has taught at Penn since 1989. Professor Beavers has a joint appointment in the Department of Africana Studies and teaches courses in African American and American literature, including courses on Southern Modernism, 20th Century African American Poetry, as well as "Trading Fours: The Literatures of Jazz," which is a requisite course in the Jazz and Popular Music minor. He also teaches a section of the introductory poetry workshop in the Creative Writing Program. Professor Beavers teaches the Academically-Based Community Service course entitled, "August Wilson and Beyond," which brings Penn students together with West Philadelphia residents to read August Wilson's Century Cycle of plays. He has recently published essays on August Wilson, Charles Johnson, Ralph Ellison, and Toni Morrison. His first book, Wrestling Angels into Song: The Fictions of Ernest J. Gaines and James A. McPherson addresses works by writers whose Southern ties bring the Civil Rights Movement into focus. His latest book is: Changing the Order of Things: Geography and the Political Imaginary in the Novels of Toni Morrison (Palgrave Macmillan, 2018). Professor Beavers also serves as an advisory editor at African American Review, Modern Fiction Studies, and The Black Scholar.