Penn Alumni pride themselves on thinking and connecting globally, but what did “the globe” mean to medieval European mapmakers, painters, poets, and scholars before 1492? Who lived “above" and “below"? What surrounded the earth, and from what was it suspended? Was the prospect of circumnavigation appealing or terrifying? And how could one describe for others what one could never experience oneself? 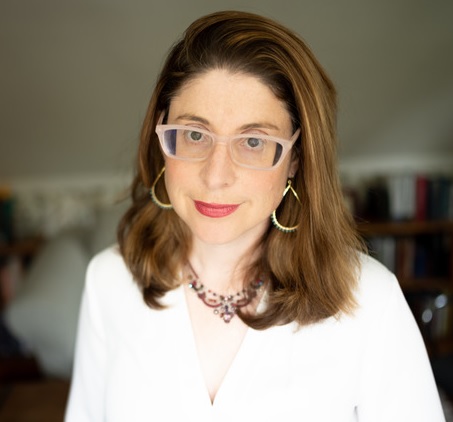 Emily Steiner received her BA from Brown University and her PhD from Yale. She is the author of three books, Documentary Culture and the Making of Medieval English Literature (Cambridge University Press, 2003), Reading 'Piers Plowman' (Cambridge University Press, 2013), and John Trevisa's Information Age: Knowledge and the Pursuit of Literature, c.1400 (forthcoming, Oxford University Press). She has co-edited several collections of essays, The Letter of the Law: Legal Practice and Literary Production in Medieval England (Cornell University Press, 2002), with Candace Barrington, Thinking Historically About Historicism (a special issue of the Chaucer Review, 2014), with Lynn Ransom, Taxonomies of Knowledge: Information and Order in Medieval Manuscripts (forthcoming, 2015), and with Jen Jahner and Elizabeth Tyler, The Cambridge History of History Writing: England and Britain, 500-1500. She is a trustee of the New Chaucer Society and Director of the International Piers Plowman Society. Her articles have appeared in The Yearbook of Langland Studies, New Medieval Literatures, Studies in the Age of Chaucer, Representations, and Exemplaria, among other journals. Her research interests extend to natural history and the history of encyclopedism, law and literature, drama and ritual performance, and Jewish-Christian relations in the Middle Ages. Her teaching interests include Old English literature, Chaucer, Arthurian literature, and poetry of all periods.