Learning the Business of Esports with OpTic Gaming

Join the Wharton Club of DFW and Adam Rymer, WG'02, CEO of the #2 Ranked Esports Organization in the World, for a Fascinating Overview of the Business 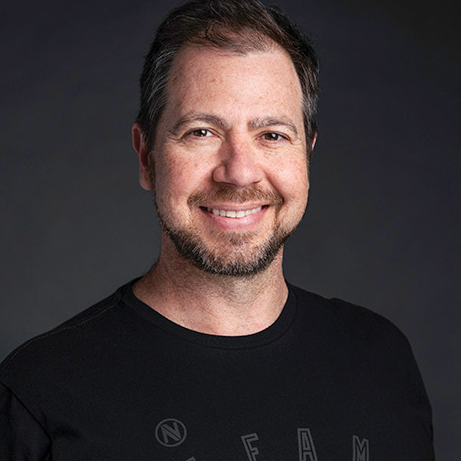 Did you know that the Esports industry generates more than 10 times the revenue of the film and music industries combined?? This is HUGE! We are tremendously fortunate that Wharton MBA, Adam Rymer, moved his e-gaming business from Los Angeles to Dallas just over a year ago. He has graciously agreed to host the WCDFW at his offices and provide a tour of the facilities followed by an insider's education into the mind-blowing, rapidly expanding business of esports.

Come join CEO, Adam Rymer, at OpTic Gaming to learn everything you want to know about esports but are too afraid to ask. This Dallas-based esports organization is one of the largest and most-winning esports groups in the world celebrated by Forbes and Nerd Street.

Get a sneak peak behind the curtain at what it takes to run an esports organization that competes, streams, and produces content across multiple titles including Call of Duty, Overwatch, Rocket League, Super Smash Bros, Valorant, and Magic the Gathering.

We have the capacity to host 40 people onsite at the OpTic Gaming headquarters located at American Airlines Center Plaza.

Don't miss this extraordinary opportunity to learn about one of the world's biggest markets from one of the industry's most successful leaders.

Say hello to Adam Rymer, a pillar in the industry with nearly two decades of leadership in media including film, television, digital marketing, music, and gaming. As a graduate of Harvard University and The Wharton School of the University of Pennsylvania, Rymer served in executive leadership roles at Legendary Entertainment, Nerdist Industries, and Universal Pictures; and acted as a consultant to multiple new media companies.

Founded in 2007, Envy Gaming was a global enterprise known as one of the winningest organizations in the world of esports. Most notably, Envy was named the 8th most valuable esports organization in the world by Forbes in 2019. In 2021, Envy Gaming merged with the esports juggernaut, OpTic Gaming, and together they competed, streamed, and produced content across multiple titles including Call of Duty, Overwatch, Rocket League, Super Smash Bros, Valorant, and Magic the Gathering. In June 2022, Envy Gaming retired their brand to fully become OpTic Gaming as it is known today.

Most recently, OpTic Gaming was ranked #2 in Nerd Street’s Top 10 Esports Orgs in the World in August 2022. Nerd Street’s rankings seek to objectively quantify the measure of an esports org’s success in 10 games by awarding points based on their finishes in various international and domestic competitions.

EVENT DETAILS:
Date: Thursday, September 15, 2022
Max Capacity:  40 people
Time:   6:00 pm - Tour of Facilities
6:30 pm - Presentation with Adam Rymer
7:30 pm - Concludes
Included:  Tour, presentation and heavy appetizers
Location: 3030 Nowitzki Way, Suite 300, Dallas, TX, 75219
Walk toward the American Airlines Center (AAC) from the garage. Our building is 3030 Nowitzki, which is the one on your right in the AAC plaza area. You will see “3030, Envy Gaming” above a rotating door, take the elevator to the third floor to find our office.
Parking: OpTic Gaming will validate your parking in the South Victory 1 garage across from the W Hotel valet parking on Victory Park Ln. so you won’t have to pay.
Cost:

Want to save by becoming a Member? Click here to Join the Club!

CANCELLATION POLICY: All cancellations must be received by the early registration date BEFORE the event or the attendee who made the reservation may not receive a refund, regardless of participation, due to costs associated with the reservation.