Startup Nation: Highlights and Developments in the DFW Entrepreneurial Ecosystem

SOLD OUT! The Wharton Club in collaboration with The Stanford Club and Collide Village present a panel discussion on the current state of the DFW entrepreneurial scene. 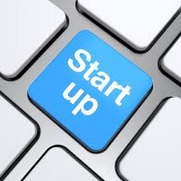 Join us for this amazing insider look into the Dallas startup life. How to get in and get out successfully!!

We have assembled a highly experienced panel of successful entrepreneurs and investors who are active in building DFW based companies. Our discussion will provide event participants with a roadmap for launching startups in Dallas and will highlight the support system that Dallas has developed for entrepreneurs.

Event Participants can expect to learn the following (at minimum):

Our event host for the evening will be Collide Village, a DFW based seed stage “milestone-driven” technology accelerator that invests in startups and helps founders brand and commercialize their innovations. The event will be held at the Addison Treehouse, an organization that serves entrepreneurs in North Dallas by providing the benefits of a vibrant co-working spaceand the resources of Addison's Economic Development Department.

Our panel members have experience in all stages of company growth, from idea through eventual exit. The bios below have been specifically written for this event and are an important part of this announcement.

David Litman – David is the co-founder and CEO of getaroom. David was formerly the co-founder and CEO of Hotel Reservations Network, which became hotels.com, the world’s largest hotel website. Prior to co-founding hotels.com, David worked for the Dallas law firm of Johnson and Swanson. Wanting to fulfill his entrepreneurial spirit, he started a discount airline business in 1984 that became a multi-million dollar wholesale airfare consolidation operation. In 1991, David saw the untapped potential in the hotel industry and with an investment of only $1,200; he founded what became hotels.com. David successfully sold his hotels.com interest in 2004 and in 2008 he started getaroom, a new hotel booking website focusing on hand picked hotel deals in major cities. And he did it all from Dallas!!! David holds a BA from Cornell and a JD from the Cornell Law School.

Andrew Goldner – Andrew is a co-founder and partner at GrowthX, a Silicon Valley based investment firm focused on investing in and growing early stage companies. Earlier this year GrowthX announced the opening of a Dallas office to gain better coverage of Texas and other Southwest investment opportunities (DBJ Article Link). As a founder, operator, advisor and recovering lawyer, Andrew has deep experience negotiating complex transactions, building operations, driving the market development cycle, and delivering results from strategy through execution for public companies, early-stage ventures and startups. Before co-founding GrowthX, Andrew led a number of successful growth initiatives for various companies such as BrightTalk, and Thompson Reuters. In addition, Andrew has served as early technology counsel at Salesforce, DoubleClick and Guidespeak. Andrew is a proud member and advisor at Matter, An accelerator that supports media entrepreneurs, and Quibb, a professional network for sharing industry news and analysis. Andrew holds a BBA from the University of Cincinnati and a JD from Georgetown University Law Center.

Chris Camillo – Chris is the CEO and Co-founder of TickerTags, the investment industry’s first collaborative tagging and social monitoring platform of keywords to publicly traded securities and other investable assets. TickerTags monitors investment trends, public opinions and consumer sentiments across information streams including conventional news flow, Twitter, Blogs, and social forums. As a pioneer in social arbitrage investing Chris developed the investment strategy behind TickerTags through his own investing success. He is one of the world’s top performing self-directed investors with an audited 8-yr track record of 84% annual portfolio returns. Chris is a regular public speaker on the real and perceived predictive effectiveness of social media chatter on public securities markets. His investment philosophy as well as the story of his investing success can be found in his book “Laughing at Wall Street”. Chris holds a BBA in finance from Southern Methodist University.

Jerry King – Jerry is the founder and CEO of Primal Sensors, a real-time enterprise asset management platform that launched in Dallas in 2015. During his MBA studies in Shanghai, China, Jerry was introduced to the world of startups. After moving to Dallas in 2013, Jerry worked on several concepts until he came up with the idea for real-time tracking system for recreational events. After adding a co-founder in 2014, Primal Sensors participated in the 2014 Collide Village Accelerator Program and matured into a real-time enterprise asset management platform for the commercial construction market. Jerry is the CEO of Primal Sensors, Inc. and focuses on fundraising, sales, marketing and strategic partnerships. Primal Sensors launched in the Dallas construction market in the summer of 2015.

Tahir Hussain (Panel Moderator) – Tahir is a founder and managing partner of Collide Village, a milestone driven technology accelerator based in Dallas. He also serves as General Partner of a private investment firm focused on angel and private equity investing in startup companies in a variety of industries. Tahir is a seasoned entrepreneur, investor, inventor and technologist with a passion for taking start-up ideas and converting them to businesses. Prior to founding Collide Village, Tahir foundedFusion Solutions to serve the specialized technical consulting, mobile solution development and staffing needs of large telecom companies. Tahir successfully sold Fusion Solutions in 2010. Prior to founding Fusion Solutions, Tahir served in a number of technical and management positions with Ericsson with a focus on wireless technologies. Tahir holds 14 patents in wireless technologies and an Electrical Engineering degree from the University of Texas at Dallas.

The Addison Treehouse is located within the complex off of Midway Road. See the map below for exact directions to reach the 14681 Midway Road building.